How to hack together Neo4j's Cypher statements to conditionally execute code, along with examples of working with API response metadata.

This is another installment in a series of posts regarding modifications to BloodHound and lessons learned while working with Neo4j & Cypher. Other posts can be found here:

This post will cover some advanced Neo4j concepts and how I hacked Cypher commands together to improve feedback on the BloodHound Owned extensions project. I’ll specifically cover how to create conditional statements in Cypher by combining a CASE expression and FOREACH clause. Although the examples are in context of BloodHound, I hope Neo4j & Cypher users in general find it helpful.

This post doesn’t cover introductory Cypher concepts. I highly recommend reading Rohan Vazarkar’s Intro to Cypher blog post as a primer for Cypher and its usage in BloodHound. One of the concepts covered can also be read about on this blog.

This came about while I was trying to figure out how to provide granular feedback to Cypher queries issued by bh-owned.rb. I wanted users to know exactly what happened on the backend after running a command, that way they can tweak their input if needed.

One of the script options, -a, adds custom properties to nodes in the Neo4j database. Three inputs are used for this:

There are three potential outcomes when adding custom properties that I want to track and report back to the user:

I want a single query I can POST to the Neo4j REST endpoint. I also want enough detail in the JSON response so I know which of these three outcomes actually transpired.

Trial and Error with Response Metadata

Neo4j’s REST API has a parameter called includeStats that you can tack on to requests. When added, it will include some metadata about the transaction in the JSON response. This includes statistics like the number of nodes created, relationships deleted, and properties set. We’ll use this to help us determine what happened on the backend after a user POSTs a Cypher query.

My first query attempt looked like this. The JSON response with ‘includeStats’ is shown below:

Note that “properties_set” is 2. So this query sets the properties that I want set, but what happens if I run it again? It’ll overwrite properties that already exist. I don’t want that. I could fix this by adding an AND to filter out the nodes that I’d like to skip:

Great, this sets the two properties I want and it doesn’t overwrite existing ones. Notice that “properties_set” was 0 because this node already had the custom properties set.

But what happens if we don’t find the node? For example, if ‘name’ was misspelled or if a node with ‘name’ was never added?

It’s the exact same response (except for the name being misspelled). There’s no way to differentiate between a “node not found” error and a “properties already exists” scenario. That’s not helpful to a user.

I want to conditionally set properties, but I need a way to discern between the three scenarios. Here’s where we get creative.

Cypher doesn’t support full-blown conditional statements. We can’t directly express something like if a.x > 0, then SET a.y=1, else SET a.y=0, a.z=1. We can get close with the CASE statement, which acts a lot like it does in the SQL world (example from here):

The problem is that CASE is limited to returning a literal expression. We can’t put clauses like SET or MATCH inside a THEN. That makes it difficult to do something like setting a property conditionally.

What we can do though is nest a CASE statement inside a FOREACH clause (FOREACH documentation here). FOREACH will loop through a list or a path and pass each matching element to a clause (like SET):

This is nifty, but we only want to perform clauses under certain conditions, like when a property does or doesn’t exist.

Let’s see it in context. This is how I ultimately ended up crafting the Cypher query (and here it is in bh-owned.rb):

A lot going on here, but let’s take it line-by-line:

2. FOREACH (ignoreMe in CASE : FOREACH will loop through a list or path. We’re not passing in a list or path directly though – we’re passing in the result of a CASE statement. The result will either be a list with one element (if true) or an empty list (if false). As the name suggests, we can ignore the ‘ignoreMe’ variable because we’ll never use it, we just need it there to satisfy syntax.

3. WHEN exists(n.wave) THEN [1] : Here’s where we can specify the “if” conditional. If the ‘wave’ property already exists for our node, then pass a list with one element ([1]) back to the FOREACH clause. This means we want to execute the clause (| SET n.wave=n.wave) once. This is our “true” condition.

4. ELSE [] END | SET n.wave=n.wave) : If the ‘wave’ property doesn’t exist for our node, then pass an empty list ([]) to the FOREACH clause. This is our “false” condition. With an empty list, no iteration happens. That means the clause | SET n.wave=n.wave won’t execute. However, if the list is not empty ([1]) then we execute the clause once and set ‘n.wave’ equal to itself (I’ll explain why later, just remember that we only set one property.)

5. FOREACH (ignoreMe in CASE : Again, we’ll loop through the result of a CASE statement (which will return an empty list or list with one element).

6. WHEN not(exists(n.wave)) THEN [1] : If the ‘wave’ property doesn’t exist for our node, then we’ll return a list with one element and ensure we execute the clause.

8. RETURN '[email protected]','1','LLMNR' : The primary goal of conditionally setting properties is already done by this point. We RETURN the inputs (name, method, wave) so we can make parsing the API response easier.

With this query, we can now differentiate between the three different potential outcomes by inspecting “properties_set” in the API response:

Here’s what each scenario looks like when using bh-owned.rb. Take note of the “properties_set” key in the JSON responses.

Scenario 1 – Misspelled node name. “properties_set” is 0. Don’t run the follow-up query to find the spread of compromise for a node:

And that’s one way to do conditional statements with Cypher :D 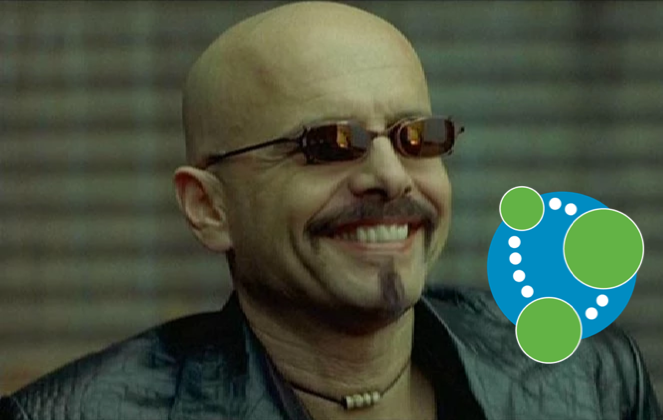 (Sorry. I couldn’t write about hacking, Cypher, and Neo4j without making at least one Matrix reference. #CypherIsReallyTheOne)